We removed the drill from the hole last Thursday (23/10/2014) at a depth of 396 m, so that we could survey the hole and reconfigure the drill. The wireline logging survey went smoothly. It is about 56 degrees Celsius near the bottom of the hole.

The drill bit was found to be worn and the hole had reached 12° off vertical. The deviation was caused by mechanical interaction between the drill and the dipping rock fabric. At least it was heading in the right direction (northwest, towards the fault).


The drilling team reconfigured the drill pipe and switched to a new drill bit. This time we used a tri-cone type of bit. The bit is attached to heavy, rigid ‘collars’, and wider pieces of pipe called ‘stabilisers’ that centralize them in the hole. The entire ‘bottom-hole assembly’ (BHA) weighs 7400 kg in mud and is 72 m long. It is connected to the surface with steel drill pipes.


Calamity struck at 13:09 last Friday afternoon (24/10/2014), just before the Labour Day long weekend. A wire rope snapped and the entire BHA dropped down the hole. We are very relieved that nobody was hurt. An independent technical investigation is being conducted by an engineer and we await his findings.

Our immediate strategy is to try and retrieve the BHA from the hole. This process is known as ‘fishing’. The BHA weighs 7.4 tons, so the first step in fishing is to extricate anything preventing a good grip. The drillers were successful in fishing out of the hole some broken fragments of wire rope and some of the top fixings. They are now working to establish whether they can lower a socket over the top of the BHA. If that is possible, they will use a special tool used in the oil drilling world to lock onto the BHA and lift it back to the surface. This tool is being transported from New Plymouth.


What does this mean for the project? It is certainly going to delay progress, but everyone is working hard to recover and continue. While fishing operations are underway, we have been analysing the data collected so far and documenting our preliminary findings.

If the BHA cannot be retrieved, we will cement it in place and side-track (deviate) the hole above it. This will mean re-drilling about 100 m of hole, but we can re-use most of the steel casing already installed.
We had expected delays of some sort from the outset, so we have contingency built into our scheduling. The delays so far mean that the project will continue into December, and we are very much hoping to get back on track so that we can finish before Christmas.

Nobody said it would be easy!

Check out our new video that shows you what a bottom-hole-assembly actually looks like before it is assembled and put in the hole...

Check out our video that describes the purpose of the DFDP project...


Some comedians did a parody of the safety of our project last week, but is it safe? We think it is, but don't take our word for it. See the video made by the Chairman of our independent Safety Panel...


Primary funders of the DFDP-2 project are: the International Continental Scientific Drilling Program (ICDP), the Marsden Fund of the Royal Society of New Zealand, GNS Science, Victoria University of Wellington, and the University of Otago.

Posted by Rupert Sutherland at 5:55 PM

Rupert Sutherland is a geologist at GNS Science, who specialises in tectonics and geophysics in New Zealand, Antarctica and the surrounding ocean floor. 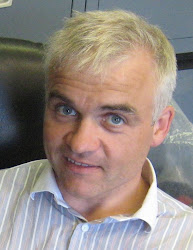